40 Most Popular And Trending Baby Names For 2022

The past couple of years has brought in some really unique baby names. Everything under the sun has become a hip, new name for modern making it really fun to pick out a name for your baby.

But some really good classics have been making a comeback. What’s old is definitely new again. I have a friend with a child named Henry and it’s too cute.

Below is a list of 20 girl names and 20 boy names that are going to be super popular this year.

If you love name lists check out these! You won’t be disappointed!

Some you may have never heard of before but a lot of them will be familiar to you.

Check it out below!

Want Freebies For You And Your Baby? Get $330 Worth Of Gear! I have partnered with many companies to give you the best baby freebies online including Nursing Pillow, Pregnancy Pillows, Nursing Covers, Baby Leggings, Baby Clothes and so much more. You can find out how to get your freebies in this post right here.

Most Popular And Trending Baby Names Of The Year

Since we do so many baby names list here at This Little Nest focusing on girl names, we’ll start our list today with 20 baby boy names.

Noah is a baby boy’s name of Hebrew origin and it means comfort or rest.

It also has biblical references in the well-known story Noah’s Ark.

Oliver refers to a Latin word known as Olivarius and it means Olive Tree Planer.

It originally came from the Normans to England and has roots in Old French and Medieval times.

In Old Norse, it means Kind One. In French, it refers to Peace, and in Latin, Olive Tree.

The name Levi has traditional and biblical roots. In the old testament, Levi is the son of Jacob and Leah.

It’s definitely been trending in the past couple of years and it looks like it will be even more popular than ever this year.

Mason is an English word referring to a tradesman or artisan. It became the last name that indicated profession and later moved into a popular first and middle name.

It’s trending hard this year, being one of the top names chosen for baby boys.

Benjamin is another classic biblical name meaning son to the right hand.

The name Aiden means little Fire and has its roots in Irish mythology. How cool is that?

In the Gaelic language, Aodh is the name of the Celtic god of sun and fire. Aed is taken from the word Aodh. The diminutive forms Aedan or Aodhan come from these root words.

Logan is Scottish and it means Hollow or little Hollow.

It comes from the Gaelic word Lagan or Lag.

It was originally a surname in Scotland but eventually began to be used as a first name as well.

The name is most famously associated with Alexander the Great, 4th-century BCE king of Macedonia in Greece, and one of history’s most powerful military commanders.

Ezra is Hebrew and means to help or to aid and protect.

The original long form of the name may have been Azaryahu, meaning god helps and protects.

The name Owen is of Irish and Welsh origin.

It has several meanings like noble, youthful, and high-born.

The name itself means Young at Heart.

Old Saxon name Hugh comes from the Germanic word hug and it relates to heart, mind, and spirit.

The name Luke means Light Giving and Luke is also the author of the third gospel in the New Testament and the patron saint of doctors and artists.

This is a very well-known Hebrew name and it means son of the red earth.

Adam is always a good choice if you’re looking for more traditional names.

Caleb is a Hebrew name that means that means bold and brave and wholehearted.

It’s also said to mean devotion to God.  The name was brought into popular culture through the Bible. In the Bible, Caleb was a companion of Joshua and Moses

Issac as a boy’s name is of Hebrew origin, and it means laughter.

The name Theodore is of Greek origin meaning gift of God and divine gift.

The original Greek name Theodoros is a compound of theos (God) and doron (gift).

Oddly enough Nathan also means gift of God and or he gave.

Derived from the name Natan, Nathan was the name of a prophet in the Old Testament.

Doesn’t sound so attractive in meaning but it’s a great and popular name nonetheless.

The name Colton is of English origin and means from the coal or dark town.

Very dark and interesting meaning and a great choice.

The name Landon is primarily a male name of English origin that means the long hill.

It’s an  English surname that has become very popular for both first and middle names.

Common nicknames for the name Landon include Lan, Lanny, and Land.

Now let’s look at the most popular female names of this year.

Ava is a variation of Eve.

May be from the Latin word Avis meaning bird.

It could also be a short form of the name Chava ( or Life ), the Hebrew form of Eve.

It’s a classy and elegant choice for your little girl.

Charlotte is the feminine form of Charles.

it means petite and feminine.

It has been a common name for royalty.

Isabella is a variation of Elizabeth and it means devoted to God in Hebrew.

It was also very often used by royalty in courts from England and France to Portugal and Hungary.

Mia is originally from the ancient Egyptian word Mr, which means beloved.

The name has also been linked to the Italian word mia, meaning mine, and is also recognized as a derivation from the Slavic word Mila, meaning dear or darling.

The name Luna means moon in Latin and in several other languages as well including Spanish and Italian.

In ancient Roman mythology, Luna was the moon goddess.

This is also a great choice for your little girl. It’s unique and cool.

Harper is a name that originated from Harp players. It was traditionally a last name but has moved to a first name in popularity.

This name is an Italian form of the name John which originally stems from the Greek name Loannes.

Its meaning is God Is Gracious.

The name Camila is primarily a female name of Italian origin that means Perfect.

Lily is an English name in reference to the white Lily flower. It represents pureness and innocence.

Lilies are often used to represent the Virgin Mary’s purity so it also has biblical roots.

Traditionally the last name for a dyer of fabrics. It refers to the bright color red and it has become more and more popular over the past couple of decades.

Sofia is an elegant and classy name meaning Wisdom. It is of Greek origins.

It’s perfect for your little classy lady to be.

The name Nova is a girl’s name of Latin origin meaning new.

In the past decade, the popularity of this name has really started to go up.

Chloe appeared in Greek mythology as an alternative name for the goddess of agriculture and fertility, Demeter. She was referred to as Chloe in the spring months, due to the name’s relation to sprouts and growth.

Riley is a unisex name but it’s rising in popularity as a female name.

It’s also an adaptation of the Irish last name Reilly. Another meaning is Valiant.

Nora is short for Honora, an Anglo-Norman name from the Latin for the honor.

It’s also short for Eleanora, a Greek name meaning light. In Scotland, the name Nora is the feminine version of Norman.

The name Hazel is a girl’s name of English origin meaning the Hazelnut Tree.

Historically, a wand of hazel symbolized protection and authority. 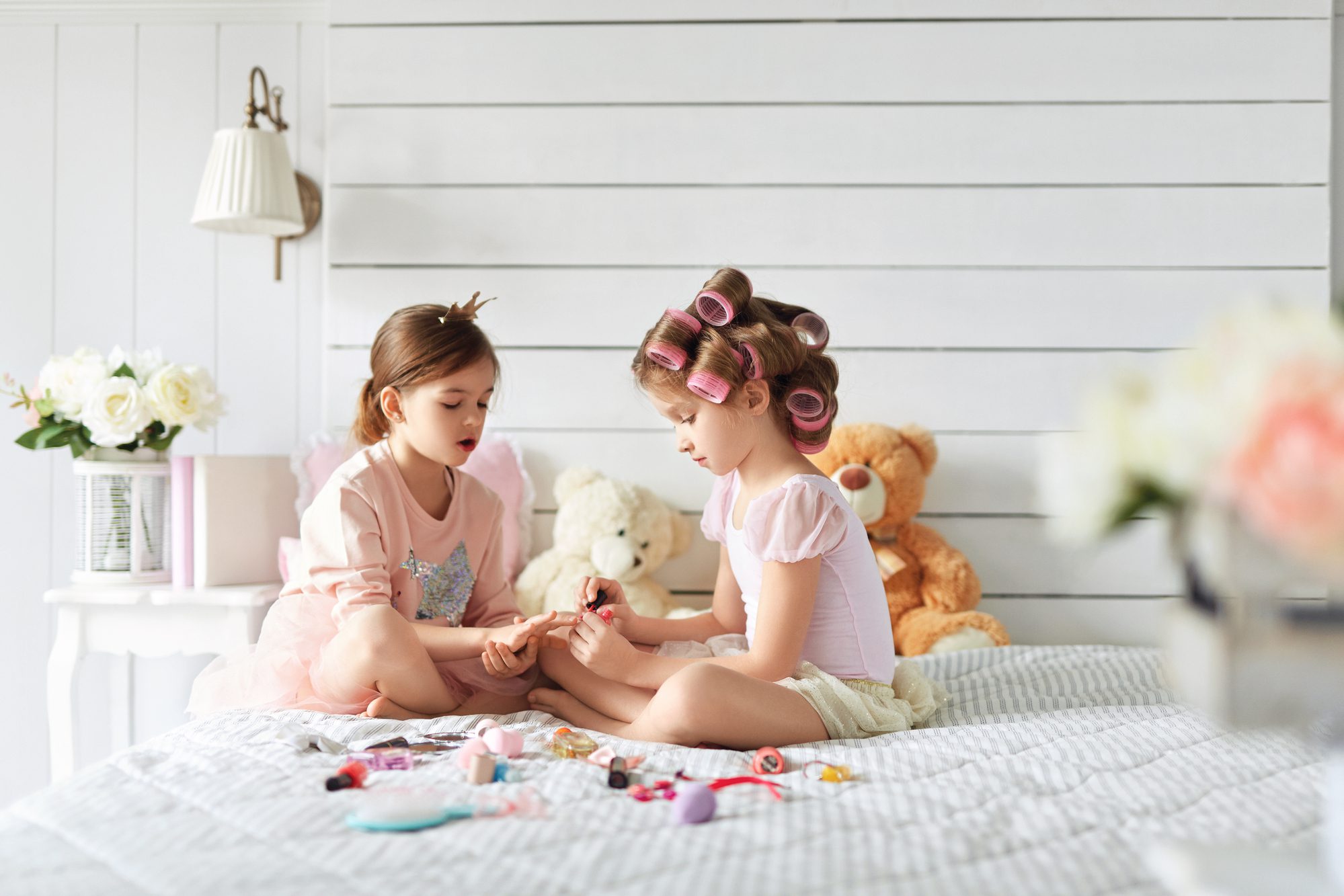 Elanor is a french name and it means ray of sun. The components of the name ‘el’, means ‘God’ and ‘or’, means ‘light’.

The name Elizabeth is a biblical name of Hebrew origin.

The early origins can be traced back to the Old Testament of the Bible, where it was defined as God is my Oath in Hebrew.

The name Madison is primarily a gender-neutral name but it’s mostly used for girls.

It’s of English origin and it means Son Of Matthew.

But as I said it has become a surname that has been widely used as a female first name.

The name Willow is of English origin and it means willow tree and freedom.

It comes from the Old English word welig, which means Willow.

Willow trees are thought to be graceful and elegant and that’s one of the reasons the name has become so popular.

The name Emilia is primarily a female name of Latin origin that means to strive or excel.

It originally comes from the name Aemilia.

Violet is a pretty name that evokes the beauty, and power of nature.

It’s an English name of Latin origin that refers to the color purple.

It also represents the flower, Violet, of course, and it’s an excellent and modern name choice for your little flower.

We wish you luck!

Hey, I’m Toni and I’m the mama of 3 Little Birds.  I love Writing about all Things Mama.  Learn more about me here. Grab a Tea or Coffee and come see what you find.